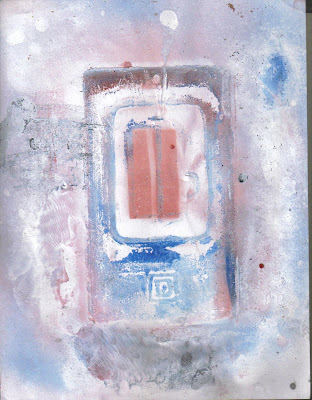 This is a piece by David Baptiste Chirot called "Death from this Window," part of a series meditating on Guantanamo and Baghram--detention centers in the Terror Wars. Baghram is known as a "black site," which is to say, a prison that is (or has been) top secret and not acknowledged by the U.S. government. I've been working on a series of poems, now called Sand Opera, which includes testimony of prisoners, documentary texts from government reports and prison manuals, and testimonies from U.S. soldiers that dramatize, document, and illuminate these "black sites"--they are doors which we want not, but must, to open. For an early version of these poems, called "ur", listen here.
Posted by Philip Metres at 7:31 AM