For the ones who longed to read and write, but were forbidden, and those who have the freedom to do so.
Posted by Philip Metres at 4:08 PM No comments:

Why Haven't You Heard (of) Phil Ochs?

Watch Phil Ochs: There But for Fortune on PBS. See more from American Masters.
Posted by Philip Metres at 9:29 AM No comments:

Globalization and its Discontents: What's Up in China

The Daily Show with Jon Stewart
Get More: Daily Show Full Episodes,Political Humor & Satire Blog,The Daily Show on Facebook
Jon Stewart, you did it again.
Posted by Philip Metres at 11:25 AM No comments:

"The Burn" by Naomi Shihab Nye

Such a swift lump rises in the throat when
a uniformed woman spits Throw it away!
and you tremble to comply wondering why
rules of one airport don't match another's,
used to carrying two Ziploc bags not just one
but your pause causes a uniformed man to approach
barking, Is there something you don't understand?
and you stare at him thinking
So many things, refugees marching
from one parched field to another,
rolled packs on their heads,
burn of ancestors smoldering outside stolen homes,
or you could be six again, yelled at on the playground
by a teacher who knew all the bad things you could do.
You're pressing little shampoos and face creams
firmly into a single plastic bag, he could slap you.
Sorry, so sorry, not wanting
to give up seven extra bottles of Bliss brand
lemon & sage soapy soap fresh-foaming shower gel
that you tipped the W houseboy into leaving
so you could pretend you live a Happy Hour life
back home, you hope she takes it out of the trash
when you turn away, obviously she needs a relaxing shower
and a stiff gin and he needs something like a long trip
into a country full of foreign soldiers and we all need
to swallow hard again so the lumps dissolve
and pressure eases and our worlds mingle kindly
and he no longer feels the gun in his back.

Naomi Shihab Nye is the author of numerous books of poems, including Transfer (BOA Editions, 2011), You & Yours (BOA Editions, 2005), 19 Varieties of Gazelle: Poems of the Middle East (2002), Fuel (1998), and Red Suitcase (1994). Nye has received awards from the Texas Institute of Letters, the Carity Randall prize, and the International Poetry Forum. Her poems and short stories have appeared in various journals throughout North America, Europe, and the Middle and Far East. She has written books for children and edited several anthologies of prose.

Shihab Nye will be reading at Split This Rock Poetry Festival: Poems of Provocation & Witness, March 22-25, 2012. Join us!

What is *Abu Ghraib Arias* Made Of, and What Do You Make of It?

I recently had a conversation with my father about my new chapbook, the substance of which was that he didn't really know what to make of it.  It's a troublesome and troubling little book, partly because what it's made of--literally and figuratively, of military cloth.  That's not to lay the troubles of Abu Ghraib at the feet of the military, but to say that it happened in wartime, and that the military as much as the intelligence operatives played a role in making it happen.

In contrast to my dad, my mom said the book made it hard for her to breathe.  That's pretty much the response most writers would dream for.

And yesterday, this came out of Joseph Ross' blog, a review of abu ghraib arias:

I first learned of Joseph Ross through his co-editorship of a great little anthology, Cut Loose The Body: An Anthology of Poems on Torture and Fernando Botero’s Abu Ghraib--a key contribution to the poetry of human rights and in response to torture, and later at Split This Rock.  His first book of poems, Meeting Bone Man, is shortly forthcoming from Main Street Rag, and I suspect that his work will broach some of these themes as well.
read the entire review here.

If you've read this book, and want to weigh in, I'd be curious to hear what you make of it.
Posted by Philip Metres at 10:28 AM No comments:

If You Need Another Reason to Live, Try This: "The Unsinkable Fats Domino"


Old rockers miming the moves of older rockers when they were once immortal--right down to the bassist spilling himself all over the floor.  We should all be so lucky to fall in this messy and tuneful way.
Posted by Philip Metres at 3:30 PM No comments: 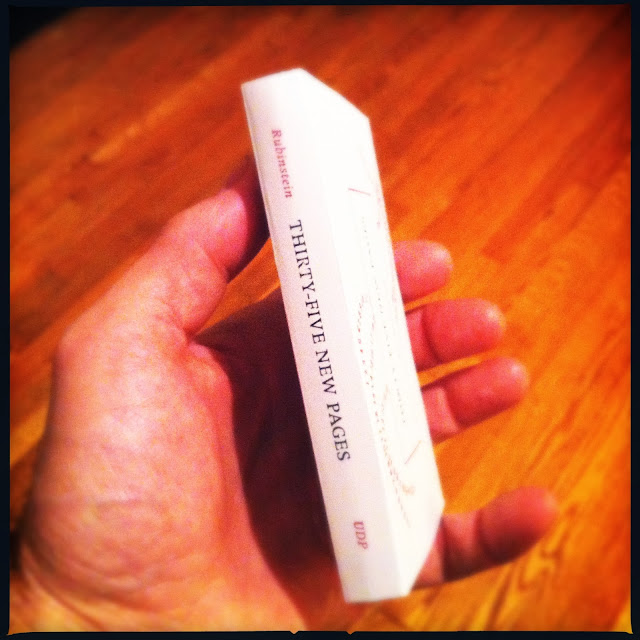 
Rubinstein plays games with you as thoughts slowly and indefinitely arise from the sturdy pages in your hands. "Here," you read in the fourteenth footnote, which appears on Page 14, "something should be written," and you realize it has been. These are conceptual games, but serious, and satisfying. I smiled broadly near the end of the book, filled with a kind of joy at the beautiful rendition of the book's own genius in my head.

Here's the review, in its entirety

Posted by Philip Metres at 3:11 PM No comments:

"News About No One" by Sargon Boulus

News About No One


Those about whom we hear no news
Those who are remembered by none:
What wind has swept their traces
as if they never were?
My father and the others
Where are they?
Where?

What became of the man
who made beds and bridal chests?
Wood was so sacred to him!

Where is the silent shoemaker?
Hugging the anvil
chewing on his bitter nails?

His cave was full of old shoes
Did they bomb it
with one of those “smart bombs”?

The wheat spike
entangled with the saint’s picture?
The horseshoe on the door?

What became of
Um Yusif
The midwife?
How many crying children did her hands pull
from the warm darkness of the womb
to the bareness of this world
Gone astray in the valleys of their fates
Soldiers fighting in lost
and unjust
wars?

Were they embarrassed
by the way this world
was made?

Were they disgusted by those lies?

After wars
After embargos

Beyond hunger
and enemies
Safe from the executioner’s hand

Did they finally go to sleep?
To sleep and
cover themselves
with dust?


[Translated from the Arabic by Sinan Antoon]
first appeared at Jadaliyya
http://www.jadaliyya.com/pages/index/3850/sargon-boulus_news-about-no-one
Posted by Philip Metres at 2:58 PM No comments: