This Body, the Extent of Eternity: A Review of Kazim Ali’s "Fasting for Ramadan" (Tupelo, 2011).

This Body, the Extent of Eternity: A Review of Kazim Ali’s Fasting for Ramadan (Tupelo, 2011).


Kazim Ali’s Fasting for Ramadan is a meditative journey through the experience of Ramadan fasting, ranging from nitty-gritty details about the writer’s daily diet and doings, to how the fast registers in the body and on its perception, to broader explorations of faith, identity, and tradition. Fasting is composed of two daily journals kept during the period of Ramadan fasting in 2007 and 2009—the latter of which was published online at the Kenyon Review, the former of which was written as a private diary.

Though he grew up in a Muslim household, Ali’s book marks his return to the devotional practices he shared with his mother during his youth. His private revelations, particularly in the earlier journal, broach his pain at his exclusion from the “ummah,” the community of faith of Muslims, because of his love for another man—a theme he explores with delicacy and poignant beauty in his book of poetic essays, Bright Felon (2009).

As an outsider to Islam, I found in Ali a bracing and delightful guide—one who admits to feeling both inside and outside the tradition of the faith of his parents—and by virtue of practicing the fast, enters into its question.

Ali brings his study of yoga to his experience of the fast, and creates all manner of philosophical interweaving between the yogic and Islamic traditions, in ways that illuminate the secret unity of the faith journey. In one passage, after Ali injures himself trying a yoga pose, he writes, “as a yoga teacher I have always viewed the limitations of my body as part of what I have to offer.” And later: “Maybe this body, this one, mine, yours, this fleshly thing, if this is the extent of eternity, is all there is of divinity, maybe there isn’t anything else.” Throughout, Ali proposes that we take the body—in all its limitations—as not a temple, but the temple, the place where we experience the divine, the infinite.

At times, I wondered why Ali chose to reveal certain prosaic facts of the fast—for example, that he’d eaten miso soup, or had drunk water too quickly in the pre-dawn morning. Yet, in such details, Ali reveals how the novice faster can make the fast harder than it needs to be; for example, drinking too quickly can cause the body to process the fluid quickly, and thus create more thirst. In such a revelation, we learn how fasting requires a patient and intentional consumption of food and drink, to savor it in order to let it last through the long day.

While I longed for a bit more research on fasting in general and on the Ramadan fast in particular, Fasting delivers its own unexpected wisdom, the wisdom of the body communing with an exquisite mind, the intelligence of observation of opening. As Ali writes, “we pray best by opening ourselves like a book.”
Posted by Philip Metres at 9:10 PM No comments:

Meanwhile, back on the homefront, Muslim-Americans


My Fellow American, a website dedicated to standing in solidarity with our Muslim American fellow citizens, is soliciting your stories "about a Muslim friend, neighbor, or colleague that they admire. Using the power of social media, My Fellow American seeks to change the narrative – from Muslims as the other, to Muslims as our fellow Americans."

When millions of dollars have been pumped into the media to promote Islamophobia, we must counteract the fearmongering in any way we can.

Why not add your voice to the chorus?
Posted by Philip Metres at 10:33 AM No comments:

“The Iraqis are going to wake up in the morning and nobody will be there,” said a soldier who only identified himself as Specialist Joseph.  (from the New York Times).

And nobody, more or less.  Since there is certain to be U.S. presence in the form of security contractors and the whole apparatus of supplementary security.

So I guess the war's over, nine years later, and many years after President Bush stood under "Mission Accomplished" banner on an aircraft carrier--the ultimate pie in the sky sold to the public, one news bite at a time.

Was it worth it? 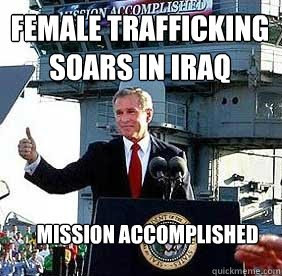 The war cost nearly 4,500 American and well more than 100,000 Iraqi lives and $800 billion from the U.S. Treasury. The question of whether it was worth it all - or whether the new government the Americans leave behind will remain a steadfast U.S. ally - is yet unanswered.


If you can't answer the question when the costs have been so great, and the reasons for war so flimsy, so nakedly imperial, the answer isn't one that any of us is going to like.

Time to count the cost.

Posted by Philip Metres at 1:22 PM No comments:

One of my students, for her final presentation in the course "After 9/11," chose to examine representations of Arabs and Muslims in the United States--in particular, "Amreeka" and the new show, "All-American Muslim."  And now, right on time, the Right has chosen to attack this show for NOT showing "the radical side" of Islam in this show.  Sorry for not confirming your stereotypes.  And Lowe's, being the upstanding American corporation, stopped advertising on the show because of the "controversy."  Thanks, Jon Stewart, for stepping into this madness. 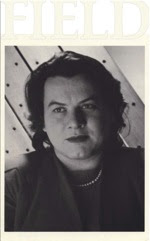 Catherine Pierce and Cynthia Cruz's work again caught my eye, as well as the translations of Venus Khoury-Ghata (by Marilyn Hacker)...many, many intriguing poems here.
Posted by Philip Metres at 4:29 PM 2 comments:

Two Songs for Veterans of Wars, for Whom the War Has Not Ended

My dad's been working with veterans suffering after their war experiences.  These go out to him, and to them.  One way to stop PTSD is to stop us from getting into stupid, unwinnable wars.

Posted by Philip Metres at 1:15 PM No comments:

This is the beginning of my review of Mattawa's Tocqueville, which appears, among twenty other reviews at "On the Seawall":

Khaled Mattawa’s Tocqueville, his fourth book of poems, is an experimentally-daring meditation on what it means to be a poet at the center of American power. But Tocqueville, in contrast to his lyrically-driven previous work, pronounces that it no longer suffices to sing, even to sing of dark times, as Bertolt Brecht proposed. Rather, through the poetry of Mattawa — born in Libya and for years an American citizen — we become witnesses to our own implicatedness, our own vulnerable privilege.


While the first poem is entitled “Lyric” — and begins, “Will answers be found / like seeds / planted among rows of song?”— the lyric “I” of the poet pulses through the entire collection, through its wider networks of imperial history, global economic flows, and Machiavellian politics, emerging in the diverse voices of a Somali singer, a Sierra Leonean victim/perpetrator of atrocity, a gallery viewer of photographs of Palestinian exile, a factory worker in Georgia, Ecclesiastes as insurance salesman, a terrorist, a State Department insider.

The keynote poem of the book is “On the Difficulty of Documentation,” a dialogic meditation on the role of art in a world of violence...
(read the rest of the review, and other reviews, from Ron Slate's "On the Seawall")
Posted by Philip Metres at 11:06 AM No comments: