I can't help but note that Marwan pronounces "the fog of war" in a way that makes it sound like "the fuck of war."
Posted by Philip Metres at 3:36 PM No comments:

another Split This Rock poem: "Pomegranate Means Grenade" by Jamaal May

Posted by Philip Metres at 10:42 AM No comments:

"Opening the Gate of the Sun" by Adam Schatz


Opening the Gate of the Sun

Adam Shatz 16 January 2013
Tags: elias khoury | israel | palestine
At 2.30 on Sunday morning, the Israeli army removed 250 Palestinians from Bab al-Shams, a village in the so-called E1 corridor: 13 square kilometres of undeveloped Palestinian land between East Jerusalem and Ma’ale Adumim, an Israeli settlement in the West Bank with a population of 40,000. Israel has had designs on E1 for more than a decade: colonising it would realise the vision of a ‘Greater Jerusalem’, and eliminate the possibility of a contiguous Palestinian state with East Jerusalem as its capital. After the UN vote to recognise Palestine as a non-member observer state, Binyamin Netanyahu declared that Israel would build 4000 new settler homes in E1. The high court issued a six-day injunction against his order to ‘evacuate’ Bab al-Shams, but Netanyahu was in no mood to wait. Once the Palestinians had been driven out, the land was declared a closed ‘military zone’.
It was another bleak day in the story of Palestinians trying to hold onto their land in the face of Israeli expansionism. But it was also something else. Bab al-Shams was no ordinary village, but a tent encampment set up by Palestinian activists, a number of them veterans of the Popular Resistance Committees who have been organising weekly demonstrations against the ‘separation fence’ in the villages of Bil’in and Nil’in. Several journalists noted that the residents of Bab al-Shams used the same tactics as Israeli settlers: pitching their tents, laying claim to the land, establishing ‘facts on the ground’. But the differences were more significant than the resemblances. The pioneers of Bab al-Shams were Palestinians, not foreigners. When settlers establish wildcat outposts, they know that the authorities may chastise them for it but will nonetheless soon supply them with electricity and water, and even build roads and access routes on their behalf. The people of Bab al-Shams knew that an IDF demolition crew would appear in due course: less than three days, as it turned out.

Bab al-Shams took its name from Elias Khoury’s epic novel, published in 1998. In the book, Bab al-Shams (‘the gate of the sun’) is a secret cave where a Palestinian fighter, Yunis, and his wife, Nahilah, meet to make love. They turn it into ‘a house, a village, a country’. Nahilah calls it the only liberated part of Palestine. Khoury gave his blessing to the village of Bab al-Shams. ‘What these guys did in three days,’ he told me, ‘was they opened the Gate of the Sun and liberated a small part of Palestine.’
Khoury, a Lebanese Christian, joined Fatah as a young man, just after the 1967 war. Throughout the 1970s, he worked for the PLO’s Palestine Research Centre in Beirut, editing its monthly journal, Palestine Affairs, with his close friend, the late poet Mahmoud Darwish. Many Lebanese assumed he was Palestinian. The authority and intensity of Gate of the Sun, the work of a lifetime’s reflection on the Palestinian experience, led many reviewers in the West to make the same mistake when it was translated in 2005.
Khoury is accustomed to this sort of confusion. He did much of his research for Gate of the Sun in Lebanon’s refugee camps, where he collected oral testimony about the Nakba. At an event a few years ago at the London Review Bookshop, Khoury said that people in the camps would often claim to recognise themselves or people they knew in his novel, and wouldn’t believe him when he insisted that none of the characters had real-life models. Now, in the village of Bab al-Shams, he says, ‘the imaginary and the real have met in a way that is totally amazing.’ During the three days of Bab Al-Shams’s existence, he couldn’t sleep. ‘I wanted to go to the village but I only have a Lebanese passport, and you need an Israeli visa to enter, so I couldn’t.’ He spoke to the villagers on Saturday afternoon. By Sunday morning they were all gone, and Bab al-Shams had returned to the land of dreams.
Posted by Philip Metres at 2:09 PM No comments: 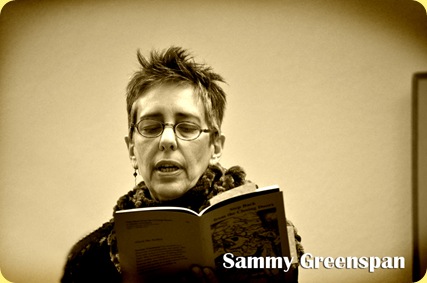 Posted by Philip Metres at 1:59 PM No comments:

Teju Cole @tejucole
1. Mrs Dalloway said she would buy the flowers herself. Pity. A signature strike leveled the florist's.

Teju Cole @tejucole
2. Call me Ishmael. I was a young man of military age. I was immolated at my wedding. My parents are inconsolable.

Teju Cole @tejucole
3. Stately, plump Buck Mulligan came from the stairhead, bearing a bowl of lather. A bomb whistled in. Blood on the walls. Fire from heaven.

Teju Cole @tejucole
4. I am an invisible man. My name is unknown. My loves are a mystery. But an unmanned aerial vehicle from a secret location has come for me.

Teju Cole @tejucole
5. Someone must have slandered Josef K., for one morning, without having done anything truly wrong, he was killed by a Predator drone.

Teju Cole @tejucole
6. Okonkwo was well known throughout the nine villages and even beyond. His torso was found, not his head.

Teju Cole @tejucole
Everything we know so far about drone strikes:propublica.org/article/everyt…

Posted by Philip Metres at 2:32 PM No comments: