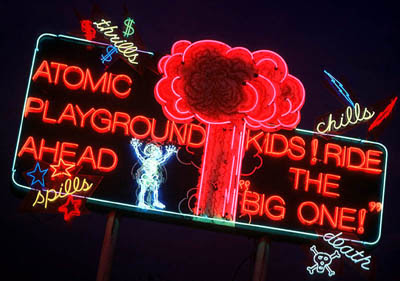 How often have you blogged? What specific topics have you blogged about?
I entered the blogosphere in June 2007, at http://www.behindthelinespoetry.blogspot.com. Its title is: Behind the Lines: Poetry, War, & Peacemaking, the subtitle is "Further thoughts on the cultural labor of poetry and art. Not 'is it good?,' but 'what has it accomplished?'"...

On the blog, I'm working to extend the arguments I made in "Behind the Lines: War Resistance Poetry on the American Homefront since 1941" (2007)--but in an approachable daily prose format. The book received a good deal of positive attention and reviews--critic Diederik Oostdijk calls it "daring and experimental...a brave important book that will help future poetry readers and scholars," critic Edward Brunner calls it "groundbreaking" and "invigorating," and writer Julia Stein calls it "an important book for all who care about U.S. literature and culture." Despite these reviews, the book did not reach the wider audience that I'd hoped--the poets, activists, progressive and thoughtful citizens who have inspired and informed the book, and whom I hoped to engage.

Writing a blog, I hoped to reach more of those people, trolling the net; maybe they'd go and read the book, maybe not. But at least I could keep myself thinking further about the arguments of the book as our cultural and political circumstances continue to change. It's also a kind of living archive for myself; whereas I used to xerox or print articles and poems and stories of interest and throw them in a file (often, never to be seen again), the blog allows me to have an online file that I can return to, and show myself and others.

On the blog, "Behind the Lines Poetry," I post reviews of recent poetry collections; selected poems and art dealing with war/peace/social change; reviews of poetry readings; shameless self-promotions; links to political commentary (particularly on conflicts in the Middle East--Iraq, Afghanistan, Israel/Palestine); youtubed performances of music, demos, and other audio-video nuggets dealing with peaceful change, dissent and resistance. I posted a couple entries on our own university movement to articulate a policy of non-discrimination based on sexual orientation; I was thrilled by both the student response and by the administration's ability to listen and change.

Do you find it to be enjoyable?

I used to blog every day, and when I woke up I already started thinking about what I'd write; now, it's a once-a-week arrangement. Every time I think of folding up my digital tent, I'll meet someone who says something admiring about it...which means, I'll continue.

How is the John Carroll community affected by it? Do you think blogs are beneficial?

Minimally. I doubt more than a handful of my colleagues and students even know that I blog.

Blogs are limited by the minds of those who build and write them; mine is a niche, and I expect and hope that its readers are instigated to learn more about the perspectives and work published there.

Honestly, the age of the blog has already ceded to the facebook update and the Tweet. There are just too many blogs to have the kind of impact one would have had in, say, 2005. But I'll stick with it for now. Both Facebook and Twitter seem to me too much "social networking" and not enough thoughtful rumination. I'm actually chagrined by how many students feel actively surveilled and judged by each other--Facebook has made social life in a small college suffocating, and for some, intolerable.
Posted by Philip Metres at 2:43 PM

Nice perspective, but I have to take issue with the point you make in the last paragraph. The nature of tweets makes them impossible to deliver high-quality content. Facebook is to walled-off by privacy settings to make it valuable to a wide audience.

From my perspective, blogs are still an excellent vehicle for delivering high-quality content. The kind of content that I, personally, want to read.

Rob, from the standpoint of energy and focus, your blog is far better than mine!

I guess what I mean by the eclipse of blogs by Facebook and Twitter is that though blogs clearly have better access and content, many people have switched their time/energy and focus from blog-reading to facebook-reading (in which much of the blog material gets embedded.)

I suspect that a great many people who have moved their focus from blogging to Facebooking and Twittering were blogging primarily for social the networking aspect of it, rather than for putting ideas out in the world as such.

Shortly after I started my blog (spring 2005), I joined a group poetry blog hosted by a poet who also edited an online poetry magazine, and who put great energy into exploring online tools for putting poetry into the world.

The reasons I dropped out were techno-detail stuff -- it required a membership and log-in to view the blog in Facebook, the Facebook site was less amenable to posting poems, posts couldn't be edited, etc. And in the big picture, not of huge consequence one way or another.

I have a Facebook account (and a MySpace account), but I only use them to view the pages of a few friends. I don't do anything with my own pages. It comes down to how many hours there are in a day, week, etc.

I'm doing pretty well if I can post a couple of times in the blog. If I started Twittering, what little "spare" time I have left would disappear through a rip in the fabric of the timespace continuum and would never be heard from again.

I still blog as much as before I began spending (arguably) too much time on Facebook - and I have more blog followers and daily hits on my blogs than ever before. And yet conversely, since becoming active on Facebook, I receive far fewer comments. For example, my average daily blog views have increased from 200 to nearly 1,000 since 2008, but my average daily comments on the blog proper have decreased from 100 to 5. There are various reasons for this other than the somewhat obvious Facebook-related ones - (1) Election 2008 is over and (2) I no longer blog as much about topics like politics and religion. Interestingly, posting links to my blogs on Facebook increases my number of comments (though people comment on the link on my Facebook wall more than on the blog itself), but doesn't seem to increase my number of views. Posting my blog links on Twitter, however, has the opposite effect - it doesn't increase the number of comments but does increase my viewership (and most of this increase comes from people with whom I'm not connected on Facebook or otherwise, people who happen to be searching Twitter for poetry or something else. If I were you, I'd consider posting links to your blogs on Twitter (if you're not doing so already). You may not get as much feedback, but you'll reach a larger community - and maybe, given your theme(s), you will receive more feedback.

That said, though I don't often comment, yours is one one of my favorite blogs to read and one I feel most deserves (and needs) to reach a larger audience. I applaud you and your aim(s)!

Thanks, Lyle and John, for your comments. It's a strange ever-changing thing we're doing, this blogging, is it not?

Double thanks, John. I've really liked your blog, too.