Jesus said to his disciples:
“You have heard that it was said,
You shall love your neighbor and hate your enemy.
But I say to you, love your enemies,
and pray for those who persecute you,
that you may be children of your heavenly Father,
for he makes his sun rise on the bad and the good,
and causes rain to fall on the just and the unjust.
For if you love those who love you, what recompense will you have?
--Matthew 5

to open the one cover with one hand

in an upright manner (as if reading

not every page is to be

two hands at all times

Wafaa Bilal, a contemporary Iraqi artist who has lived in the United States since the 1990s, is one of my favorite artists around. What I love about Bilal’s work, is that it works on a number of levels—it is at once deeply personal and political; it provokes and confronts us at the same time that it offers us empathic identification; it is sometimes comic, sometimes tragic, at other times confessional.

“Domestic Tension,” his demonstrates Bilal’s complex strategies, in which, in an act of radical identification with his brother, Hajji, killed by drone surveillance and U.S. helicopter attack, Bilal invited anonymous internet users to shoot at him with a remote-controlled paintball gun, in an installation studio in Chicago.  In his poignant account of the project, Shoot an Iraqi (a must-read), Bilal writes that he was “feeling increasingly guilt-ridden and ambivalent about my pleasures and successes, and more and more irritated and disgusted by the seeming cluelessness and callousness about Iraq” (10). After all, he’d emigrated as a refugee of the Persian Gulf War in 1991, and for many years had lived a different life than his family who remained under the bombs. He wanted “to address the chasm between the comfort and conflict zones, both to examine and duality in which I exist and to push the limits of understanding of those ensconced purely in the comfort zone” (11). The project was a month-long live-streamed performance piece “in a makeshift room set up in the gallery, going about my daily routine with a robotically controlled paintball gun aimed at [him], which people could shoot live and over the internet, 24 hours a day” (1).

Bilal’s recent project, 168:01, is described below, and seems a perfect complement to “Handling the Koran,” but extending toward the love of literature that has been at the heart of Iraqi civilization. 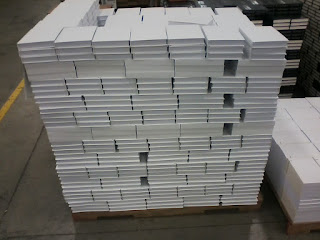 In Bilal’s words, “Iraq has a long history of such cultural destruction. During the Islamic Golden Age in the 13th century, an invading Mongol army set fire to all the libraries of Baghdad, including the famed House of Wisdom, or Bayt al-Hikma. Legend describes the invaders throwing the Bayt al-Hikma’s entire library into the Tigris River to create a bridge of books for their army to cross. The pages bled ink into the river for seven days, at the end of which the books were drained of knowledge. The first minute after grief becomes the starting point from which 168:01 takes its name—signaling the struggle to move forward and the beginning of a cross-cultural encounter between individuals contributing to a globally distributed effort to rebuild anew.”

“During the invasion of Iraq in 2003, the College of Fine Arts at the University of Baghdad lost their entire library due to looters who set fire to the collection. More than 70,000 books were destroyed. Over thirteen years later, students at the college still have few remnants from which to study. In 168:01, an installation of an austere white library at the Art Gallery of Windsor serves as both a monument to the staggering cultural losses endured throughout Iraq’s history as well as a platform for its potential rebirth. Comprised of a series of white shelves filled with blank tomes, the library doubles as a system of exchange connecting its physical and virtual visitors in Canada and beyond to the College of Fine Arts in Iraq. Aimed at restoring its lost archives, 168:01 positions viewers as potential donors whose contributions fund educational texts from a list compiled by faculty members. As the installation accrues donations, the white library replaces the blank tomes with books from the faculty wishlist, becoming saturated with knowledge. Select donors receive the blank tomes in return for their contribution. At the end of the exhibition, all donated books are to be shipped to the College of Fine Arts, beginning the process of rebuilding.”

What can we do? Buy a book to held rebuild the library at the University of Baghdad! http://www.amazon.ca/registry/wishlist/3PKR2LAW73FW6 Here is the wishlist.


It’s a simple act of cultural restoration that each of us can do.
Posted by Philip Metres at 10:43 AM

I was not surprised by the "success" of Bilal's project. After all, the game of paintball is all about "taking out" the other guy. I find hard to take what happened on the 30th day, when there is not even a second's letup in firing, everyone trying to be the one that gets in that last shot. We don't even know how to play without beating each other.

The destruction of thousands of years of culture is appalling. We all lose. But today, books, if they have been digitally copied and stored properly, at least can be put back on our virtual shelves. Lives lost stay lost.

Artists in a Syrian refugee camp were featured recently in a News Hour ArtBeat program; using found materials, they are recreating small-scale versions of Syria's lost treasures. For me, the virtual experience will never substitute for what once could be seen in its physical setting with human eyes. For others, it seems, the former experience, in its ability to be "enhanced", is fine.

Of Libraries and Drones


A flash of flame is not like water.
Fire consumes; water drains.

*
What war’s walled off by words of wisdom?

*
Soldiers stamp their sorry soles
on bridges of books bled of words.

*
A body bleeds; another body mourns.

*
Promise to pray
and on a day of doubt, don’t
shoot!

*
Even in the drama of drones,
death defies dreams.

Moving tributes to victims of Iraq's invasion. Not many want to remember that invasion now, and those who pushed for it seem to be getting away with what they did. The Iraq debacle is something many want to forget, but its victims are too many and bearing witness to their suffering and sacrifice is the least we can do. Bilal’s work is part of this grass-root commemoration of victimhood not just bearing witness to sense and wanton destruction of human lives.

I love Bilal's work; he somehow is both dystopian and practical, postmodern and primitive, all at once.