Fred Marchant's "The Phoenix Program"/A Response to Levertov's "What Were They Like?" 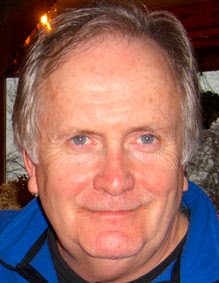 I had the opportunity to meet Fred Marchant while at the "Another World Instead: William Stafford Peace Symposium" a few weeks ago, and have since read all three of his books of poetry, including the recently released Looking House. I am grateful that Marchant exists, one of the landmarks of peace and conscience in our scattered and often tortuous landscape of war. Marchant, while in the Marine Corps, became a conscientious objector in 1970, during the Vietnam War, and has written a poetry that dramatizes the violence at home and abroad, and our human attempts to survive and sing other ways out.

Here is his poem, "The Phoenix Program," the name of the CIA's counterinsurgency program ("Operation Phoenix") in Vietnam which, according to Howard Zinn in A People's History of the United States, "secretly, without trial, executed at least twenty thousand civilians in South Vietnam who were suspected of being members of the Communist underground."

Afterwards, the children stood outside
the house of their birth
to witness how it too had to be punished.

When they came of age, they fled to the capital,
lost themselves in the study of history and great works of art,
graduated in swirling carmine robes.

Burdened with a knowledge that murderers
name their deeds after winged deities,
they dream for awhile of claws on the back,

but later they become certain there was
nothing they could have done.
And they are not alone.

It is like this throughout the city.
On each corner you can see them—
leaning as if the vanishing point on their horizon

were other than ours.
They speak quietly only to one another.
They play no instruments, and do not sing.

This poem, it appears, echoes in its conclusion Denise Levertov's higher-pitched protest poem from the Vietname era, "What Were They Like?", a poem constructed as a question and answer between an ethnographer/historian and an intermediary, something like but not quite a native informant. Still, Marchant's poem skirts the self-righteousness of Levertov's poem, and in a sense, in the broadness of description, the victims of this collective punishment could be all the civilians who have found themselves in the crosshairs of mass violence, whose silence echoes to us, to this day.