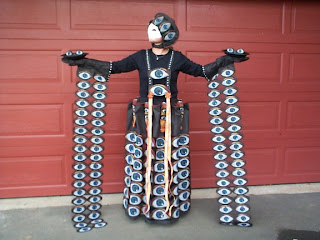 Critic Steve Evans has been doing his "Attention Span" series for a number of years now; in it, he asks poets and critics to name 10 books that caught their attention in the past year.  I did one a year ago, and two years ago.  Here's this year's.  There were, of course, many other books of poems that also stayed with me, but I had to limit it to ten.

What drives my list this year is a tug between poetic durability and the need for a picture of the contemporary moment; in rare occasions, these two aspects dovetail beautifully.
Pablo Neruda | The Poetry of Pablo Neruda | FSG | 2003

What is there to say, except that I was a little embarrassed to have taken so long to read one of the modern masters, and much relieved to find his voluminous work worth the long haul.
Robert Hass | The Apple Trees at Olema: Selected Poems | Ecco | 2010

Hass remains one of my favorite contemporary poets, partly because his poems are at once approachable and resistant to singular readings. His concerns frequently overlap with the tough thinking of avant-gardists, but his poems have a luxuriousness to them that suggest an epicure with a slightly-guilty conscience. I re-read “Museum,” a prose poem that describes a couple with a sleeping baby sitting in a museum café, surrounded by pictures of suffering by Kathe Kollwitz, in which a kind of symphony of everyday bourgeois life comes into being. Many years ago, the poem inflamed my imagination. Then, years later, when I returned to it, I didn’t feel that it earned its ending. This time, a parent now, I found the poem open itself again to me. His poems have that kind of strange irreducible endurance about them.
VA | Split This Rock Festival | Washington, DC | 2010

Props to Sarah Browning and her Split This Rock crew (of which there are numerous others!) for hosting this conference, which brought together poets involved in social change. Their mission is “to celebrate the poetry of witness and provocation being written, published, and performed in the United States today, and to call poets to a greater role in public life and to equip them with the tools they need to be effective advocates in their communities and in the nation.”  I felt very much at home among these poets, who included: Chris Abani, Lillian Allen, Sinan Antoon, Francisco Aragón, Jan Beatty, Martha Collins, Cornelius Eady, Martín Espada, Andrea Gibson, Allison Hedge Coke, Natalie Illum, Fady Joudah, Toni Asante Lightfoot, Richard McCann, Jeffrey McDaniel, Lenelle Moïse, Nancy Morejón, Mark Nowak, Wang Ping, Patricia Smith, Arthur Sze, Quincy Troupe, and the Busboys and Poets Poets-in-Residence: Holly Bass, Beny Blaq, and Derrick Weston Brown. A pretty big tent.
The Book of Isaiah | Isaiah | various translations | various publication dates

He shall strike the ruthless
With the rod of his mouth
And with the breath of his lips
He shall slay the wicked.
I keep finding myself going back to the Bible as a resource; there’s something about the authority and vision of the prophets, Isaiah in particular, that I miss in contemporary poetry and modern life.
Rachel Zolf | Neighbour Procedure | Coach House | 2010

This intriguingly rendered, philosophically challenging book brings investigative poetics to bear on the Israeli-Palestinian conflict. I first learned of Rachel Zolf from her XCP essay, “A Tenuous We: Writing As Not Knowing,” about learning Arabic and Hebrew—in order to look for convergences in the languages and to speak the Arabic names that comprise one of the pieces of this book. The first section is about the occupation, enacting a grieving over the other, and attacking Zionist privilege and blindness. The title poem is stunning, bringing to bear different voices who play roles in a “neighbour procedure”—that name for the IDF’s use of a neighbor as a human shield or their house to enter another. Later sections show points of contact between Arabic and Hebrew, employ variant translations of Quranic verses, collage various news sources around a target X.
VA | RAWI Conference | University of Michigan | 2010

The Radius of Arab American Writers conference brought together people from around the country and world to Ann Arbor to present and read and dance over the texts that we write and read and write about; my conference began when I carpooled from Ohio with Kazim Ali, the first of a long series of conversations that reminded me how many good writers face the same dilemmas that I face, but each in their own way.
Mark Doty | Fire to Fire: Selected Poems | HarperPerennial | 2008

“What did you think, that joy / was some slight thing?”
Khaled Mattawa | Tocqueville | New Issues | 2009

A brilliant book that situates itself on the fault lines of empire, the most experimental of this lyrical poet’s oeuvre; the title poem is a tour de force of collage and testimony.
Tony Barnstone | Tongue of War | BkMk Press | 2009

A strange but compelling book, which attempts to answer in the affirmative: can one write a series of sonnets that illuminates various voices—from p.o.w’s to Hiroshima survivors—in the unspeakable Pacific part of the Second World War?
Elena Fanailova | The Russian Version | Ugly Duckling | 2009

What Sergey Gandlevsky did for Russian poetry in the late 1970s and 1980s, Fanailova does for the 1990s and 2000s; a vigorous, richly allusive, and often raw exploration of Russian life.
More Philip Metres here. His Attention Span for 2009, 2008. Back to directory.
Posted by Philip Metres at 7:15 AM