You are Not Wall-E: Thinking about Space Flight, Water Resources, and Jamey Hecht's "Z-179" 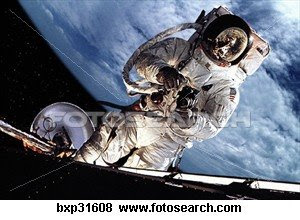 I've been hearing about the 40th anniversary of the moon walk today, and also thinking about the water crisis again (courtesy of Jon Stewart's interview of Robert Glennon), and my mind cast back to a talk I gave at the Racine Library a few weeks ago. One of my extended rants was about "Wall-E," a film which begins as apocalypse and ends as comedy.

Incredibly, frighteningly, the film sets us into a lifeless landscape composed of piles of human trash; this, we learn, is Earth (thus, the movie begins where "Planet of the Apes" ends). The robot "Wall-E" is designed to clean things up, and does so in an efficient way every day, shutting himself down after watching a musical on TV. As is the genre, all robots, of course, are (emblematic of) humans--"robot" actually comes from the Russian word, rabotat', meaning to work, and is suggestive of the modernist fantasy that Taylorist mass production would emerge from ideal (robotic?) workers.

We empathize with Wall-E, as he does his job and falls in love with a sexy drone Eva, who descends one day from the sky (don't they all?). Later, we learn that, actually, all (?) the humans left the planet and are on board a spaceship until it becomes suitable for habitation, and are in a state of complete infantilization, on motorized scooters and locked into entertainment screens in front of their faces.

We are, sadly, not Wall-E, but those amorphous schmoos locked into the entertainment screeens. Wall-E is a kid in India tearing up our last year's I-Phone, Mac, or DVD player, scrounging for the precious metals inside, as his body is slowly poisoned.

What does this have to do with space flight? Everything.

Our excessive urge for escaping the planet is part of our problem (and here I am, typing away my life); we need less space, and more earth.

Which leads me to a stunning poem from Jamey Hecht's Limousine: Midnight Blue (Fifty Frames from the Zapruder Film),a sequence of poems meditating the assassination of JFK, and all the losses that this murder would come to emblematize. More on this book later.
"Z-179"

Suppose you’re in a spaceship and you go outside
in your amazing space suit to make repairs.
Somehow the tether breaks and you’re floating
several feet from the hull and the handle,

standing on nothing, perfectly still. You’re free,
but you can’t stay. There’s no air or water to shove
against and swim through back to life and work.
If you could only throw some garbage out behind,

that would propel you forward with the same momentum;
even an eyelash, a fingernail, nickels and dimes
would have you slowly sailing toward sweet solid
panes and rivets, terra firma, at the stainless breast

of mankind’s genius. But everything expendable
is sealed inside what you can’t live without.
Posted by Philip Metres at 11:20 AM